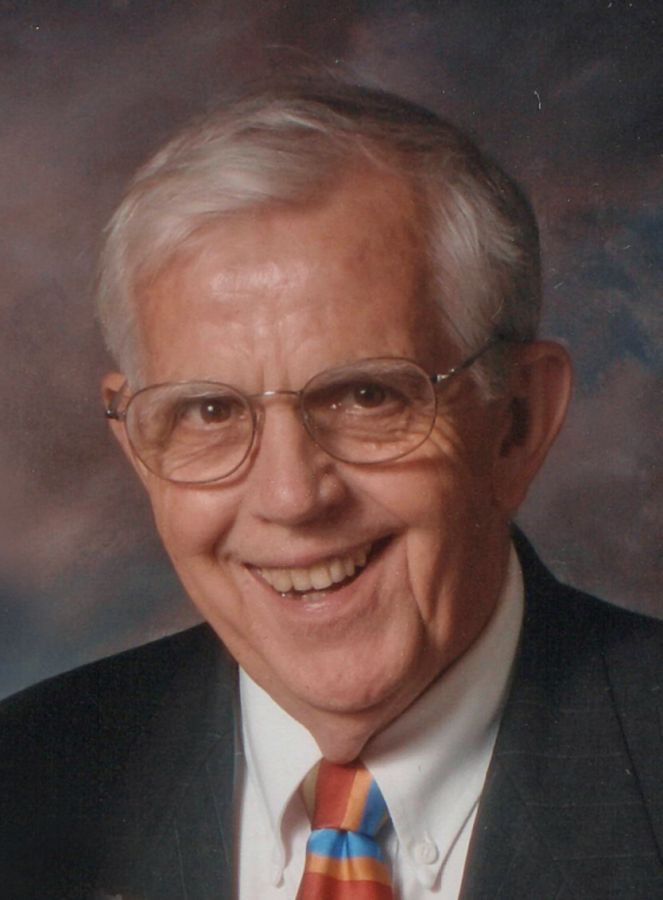 Bob was raised on the family farm 10 miles east of Quincy. He attended school at Madison Park Grade School in Quincy and Independence Grade School (a one room school house) in Independence. His very early love for flying sparked his idea to save money for flying lessons, which he did, and he got his license at age 16. He went to Liberty, IL, High School, and graduated Quincy High School in 1946. Bob was active in band and in orchestra, playing the French horn. His extended education was at Quincy University and College of Du Page. He also worked during this time for Rose Construction where he learned many carpentry skills that were instilled in him from his own father's lifetime experience at the same company.

After completing his education, Bob went into the Air Force for four years. When he returned home he started working for Motorola, Inc, where he met the love of his life, El Dred Pryor. When they got married, they built a new home (across from the Quincy Airport) on the Sorrill Centennial farm where Bob grew up. There they raised their family, son and daughter, Stacy and Sally. Bob worked for Motorola 32 years where he held many positions. Along side of his career at Motorola and for many years after he and El Dred raised Registered White-Faced Hereford Cattle.

Bob's last position at Motorola was as Quality Assurance Manager, International Group, which resulted in the family moving to Glen Ellyn, IL, a suburb of Chicago. He would be the first to tell you he was an "ole farm boy." And he was also a very unassuming well-seasoned world traveler for Motorola. El Dred enjoyed joining him on many trips.

Taking early retirement from Motorola in 1985, Bob and El Dred started Rental Master, Inc., a general rental business, with family working by their side. After 17 years they decided to retire for a second time. He continued his many hobbies of carpentry, electrical work, church choir, tennis and his love for helping others. Bob LOVED animals and he would say caring for them was a privilege given to him by "his Good Lord."

Bob was involved in many professional and community activities including President of Liberty, IL, Board of Education, Burton Township Auditor, the Quincy Mental Health Board, Toastmasters, Lions International and was active in square dancing. He was very active with the American Society for Quality Control, President of the Quinsippi section of A.S.Q.C., and President of the St Charles section of A.S.Q.C. (western Chicago Area). In 1974 he was presented the coveted National Berg Award for recognition of Leadership and Distinguished Service as Section Manager. Other activities included Ham radio operator.

Bob and El Dred were active in church programs. They attended Pleasant Grove Methodist, Vermont Street Methodist (where Bob was baptized and they were married), and College Church in Wheaton, IL, where he attended for over 40 years. He did many functions to serve the church and Christ including serving as a deacon, singing in the choir, and helping with handyman needs. He enjoyed working with two other musicians to build a harpsicord for the College Church Orchestra. He loved spending time with the Lord whether that was walking in the back-forty and having a conversation, enjoying creation through travel, his amazement of God's goodness and blessing of family and friends, and his daily devotions.

Services will follow at 3:00 pm on Saturday, October 3, 2020, at the Hansen-Spear Funeral Home with Pastor Wayne Manago officiating. Please bring a face mask if you plan to attend the service.

Burial will be at Greenmount Cemetery, Quincy, IL.

In lieu of flowers, memorial gifts may be made to Ligonier Ministries of Sanford, FL, or the Good Samaritan Home Foundation of Quincy, IL.

Sally and Dave, we send our heartfelt condolences to you both . Bob was such an inspiration to us and it always made us smile and touched our hearts when we saw him with you in Sunday school. That is a fond and treasured memory and a true blessing of God.

Sally, Bob was such a great friend to my Dad (Richard Walz) and I know his friendship helped him cope when my mother passed away in 2013. Dad loved to talk about the fun they had together in their younger days. I know they had a great time together on the Honors Flight to Washington DC. Please accept my sincere condolences. I wish I could have been there in Quincy to attend his service today.

Bob was a great guy who brought light to our SS class and our lives. He had such a full meaningful life. He had a way to challenge us about scripture and its meaning. He may have been older but he was part of the group no matter where we were and he added value, we all fell in love with him. Vince mentioned the care Bob received from Sally and Dave nothing but first rate love and care very commendable. Bob was a believer so we will see him again and hear more of his stories, RIP our friend you will be missed.
Rob Lovelady

The precious memories of Mr. Bob's presence and participation in Sunday School made a lasting impression on all of us. The love and care Sally and Dave always showed for him will forever be an inspiration to us. We are honored to have a unique memory of Sally's reassuring hand on her Dad's back, while Dave held the hymnal for him, as we sat behind them in the worship center. We will always love you Sally and Dave.

Our condolences Sally and David. We enjoyed listening to Bob in Sunday school. His presence was indeed a blessing. Again, our condolences.

We loved having Bob in Sunday School and looked very forward to seeing him each Sunday. He will be greatly missed by so many. Our love goes out to Sally, Dave and all of the family and friends. Sending our love - especially to Sally and Dave - at this difficult time. Our lives were enriched by knowing him. Adria and Ross Baker

The attached photos are added to the memorial of Robert F. Sorrill to help share their legacy.

Thank you for sharing your memory of Robert