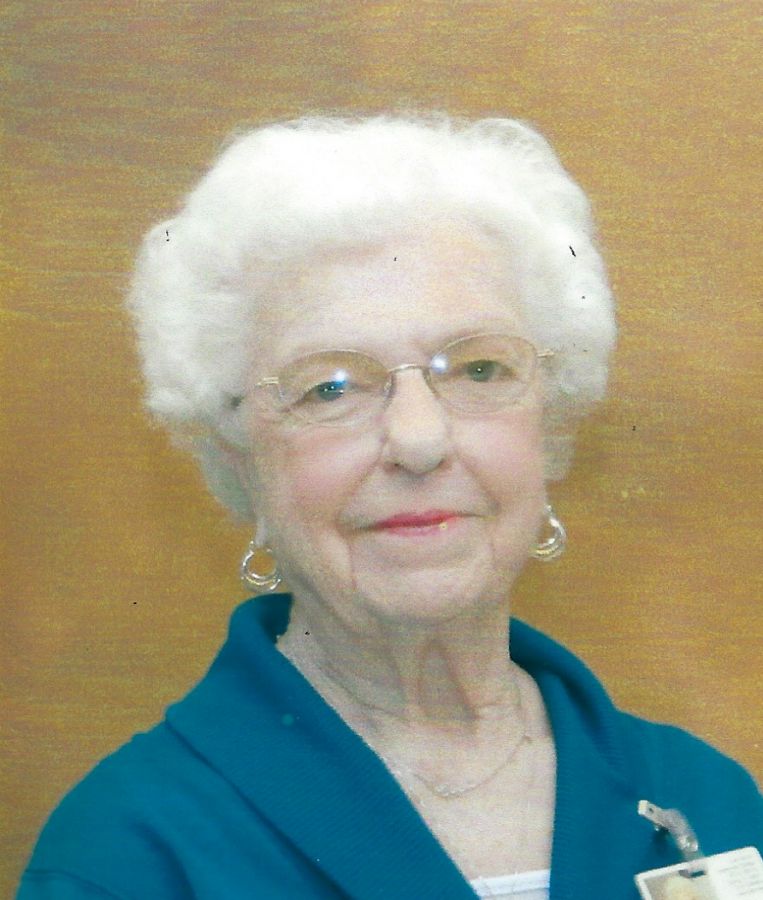 She attended a one-room country school in Monroe County, Missouri through the eighth grade. Upon graduation, she attended and graduated from Paris High School in Paris, MO. Mary left Paris to attend Quincy's Gem City Business School, and Quincy became her home ever since.

Ginny worked at Harris Corporation, Gates Radio, and Moorman Manufacturing. She and her husband also owned and operated a Mobile Service Station in Quincy during the 1960's. She was a long time member of Grace United Methodist Church, where she served on the kitchen committee for several years and as their pianist for Saturday services. After Grace closed, Life Point Church became her home church.

Ginny loved counted cross-stitching, jigsaw puzzles, crossword puzzles, reading, yard work, and tending to her flowers in the yard and in the house. She also volunteered for 33 years, or 16,782 hours, at RSVP, and at Meals on Wheels.

In addition to her husband, Ginny was preceded in death by her parents, her brother, Robert Fulton, Uncle James Fulton, and three aunts, Mary Fulton, Ana Ria Fulton, and Emma Knight.

Visitation: The visitation will be private. Contact Hansen-Spear at 217-222-4907 for more information.

I bought my first house next door to Ginny and Harry 40 years ago. They were very good neighbors. Ginny always walked over to our house with Harry’s big shoes on. As life went on Ginny gave Christmas ornaments to our 3 children for years. We lost touch for a few years, but she always called my husband “Andy” her boyfriend. She said we were the children she never had. I thank God I was able to closely share her life the last couple of years. Ginny may you rest in peace! Love you!

I worked with Ginny at Gates over 60 years ago. She was so helpful, sweet, smart & friendly. Such a nice picture of her! My sympathy goes to the family. You lost a great person!!!

Ginny was the most loving person. I enjoyed getting to know her when I worked a in the office at Adams County RSVP. She taught me a great deal about life, love and hard work. She had a beautiful smile. I cherish my friendship with Ginny!
Denise Williams

Such a spit fire! I always enjoyed working with Ginny at JWCC. She was a sweet lady.

Going to miss taking care of Ginny at Bradford Villa she will be truly missed by me I took care of her from 10pm to 6am she was like family to me RIP Ginny you have your wings now!

The attached photos are added to the memorial of Virginia "Ginny" Jorgensen to help share their legacy.

Thank you for sharing your memory of Virginia