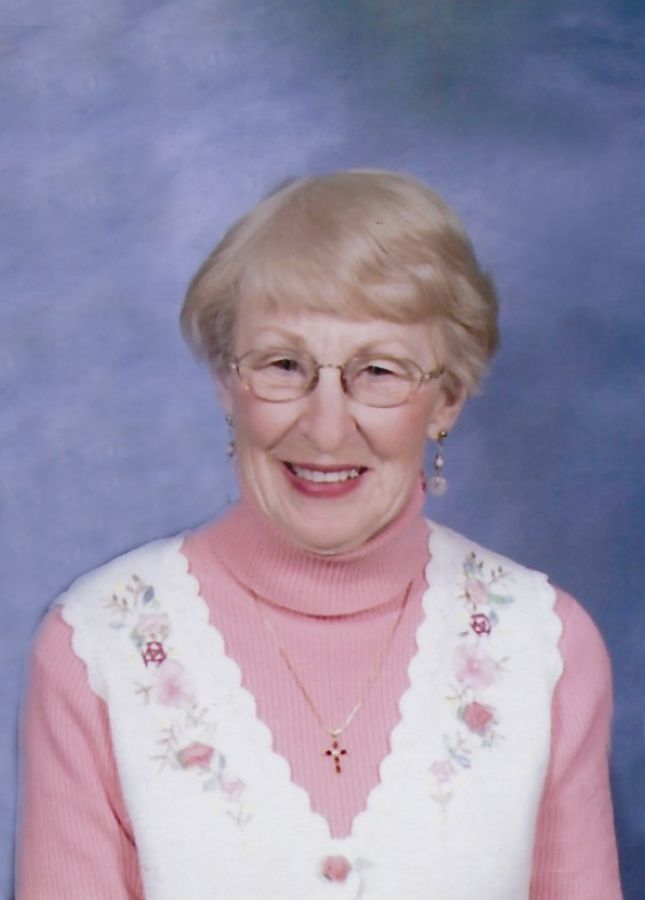 Vivian N. Legreid, age 84, formerly of Quincy, Illinois, passed from the world to eternal peace on January 9, 2020 at 6:34 am in Holts Summit, Missouri.

She was born on July 6, 1935 in Cono Township, Iowa, the daughter of Carl and Bernice (Butterfield) Kress, who preceded her in death. Vivian was baptized on August 3, 1947, and confirmed in September, 1947 in the Methodist Faith.

Vivian attended a one room school house, near Quasqueton, Iowa until high school, completing her high school career at Quasqueton High School. She continued her education at the State University of Iowa at Iowa City completing the Nursing Program there.

On June 12, 1955 at the United Methodist Church in Independence, Iowa, she was united in marriage to Omer A. Legreid. He preceded her in death on July 2, 2015.

She was confirmed in the Lutheran Faith in February, 1956.

During her entire nursing career of 52 years, she worked in many hospital, clinics, and nursing homes. She was a member of the Iowa Nurses Association (INA).

Vivian was very active in all aspects of the Lutheran Church, especially cleaning the sanctuary, helping in the kitchen, and working to make every church function a success.

Vivian's passion in life was to help others and she was loved by all. She was a loyal caregiver to many providing meals, medical assistance, conversation, household chores, and rides to doctor appointments. Vivian enjoyed gardening, cooking, baking, and walking in God's creation.

In addition to her husband, Omer, she was preceded in death by her parents, a brother, a sister, and a step great-grandson.

Vivian was a dear friend and always made people around her feel encouraged. Glad I got to know her while she was at Good Samaritan Home.

Our thoughts and prayers are with all your family during this transitional time. We are filled with love and memories of all our wonderful years growing up as neighbors. We send our support to you and will keep you in our prayers. Love Sharie, Jill, Debbie, and Lisa Anderson

Kevin and Family,
Vivian was not only my co-worker and the mother of my high school friend (Kevin) she was the most kind, caring, and generous friend to me and my kids when they were just babes. I am heartbroken that I did not get to visit with her when I moved "home" to Qcy. Fly High On Angels Wings, dear Vivian. Love you, Karen (Smith-Leaver) King

A lovely lady. I have many fond memories of the years I was privileged to know Vivian. A hard work, kind soul but with a lot of spunk! My condolences to the family

The attached photos are added to the memorial of Vivian N. Legreid to help share their legacy.

Thank you for sharing your memory of Vivian