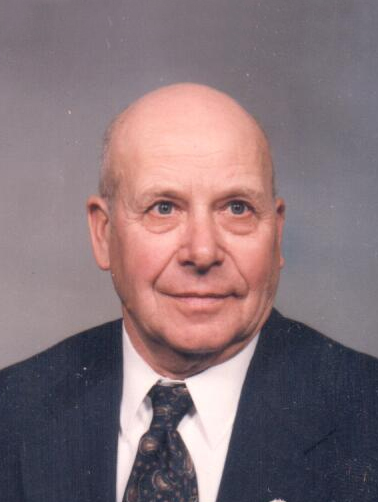 Charlie served in the United States Army at Ft. Lawton, Washington, until he was honorably discharged after two years. In 2013 Charlie took a trip to Washington, D.C. to participate in an Honor Flight. Charlie had worked as a welder and as a machinist at several different companies including Motorola, Knapheide, and Titan Wheel. He also owned and operated his own landscaping business and lawn service for many years. In his younger days, Charlie had been involved in both the Masons and the Shriners. Charlie was an avid equestrian, and he devoted a lot of his time to raising and to riding horses. Charlie was an active member of the Quincy Saddle Club and Luther Memorial Church.

In addition to his wife, Charlie was preceded in death by his parents; two brothers: Robert and Jerry Moss; two sisters: Doris King and Marjorie Schuessler; and a stepbrother, Claude Moss.


Hansen-Spear Funeral Directors are in charge of the arrangements

Dear Dana & Family,
Thinking of you and wishing you only happy memories of your very special Father.
As ever,
Dick & Pat Wentura

charlie& lois were very nice I liked them.

Charley was one of the neatest people I've ever met. Warm, kind, and genuine.
Comforting thoughts and prayers go out to his family.

Charley was one of the neatest people I ever met. Turkey pricless.
Comforting thoughts and prayers for his family.
Patricia Bastert

I worked with Charlie at Titan. He was a very nice and concerned friend

The attached photos are added to the memorial of Charles Moss to help share their legacy.

Please help memorize Charles Moss by recording your attendance below.

Thank you for sharing your memory of Charles