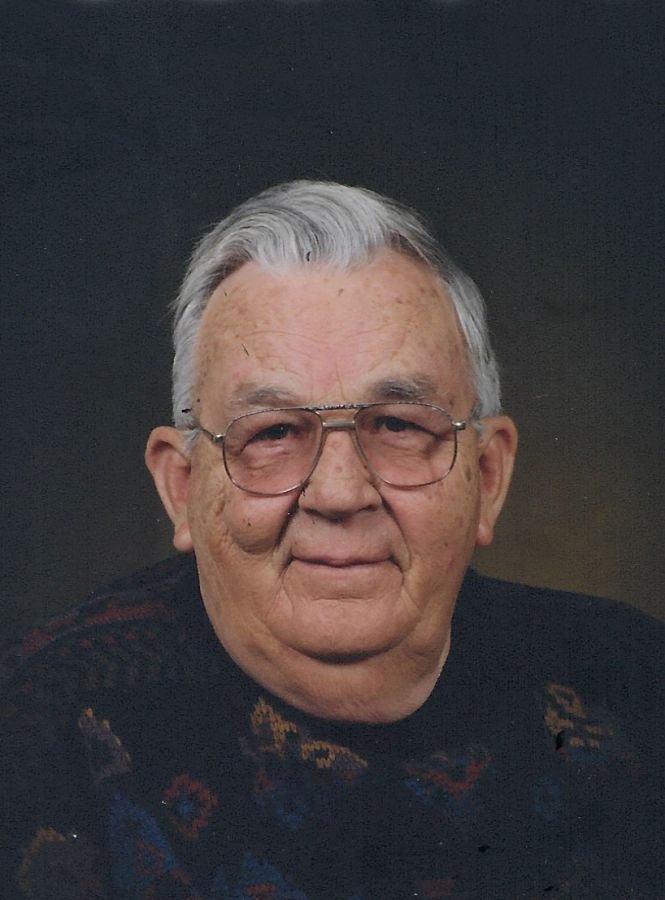 Henry was born January 28, 1926 in Mexico, Missouri, the son of Homer Henry and Willie Beckley Hebel. He married Norma Jean Scott on March 6, 1948 in Jefferson City, MO. She survives.

Henry served in the United State Army during World War II. He was stationed in England, France, and Germany where he hauled ammunition and other necessities to the soldiers on the front lines. After he was honorably discharged, Henry returned to civilian life and worked in the propane business for most of his career.

Henry enjoyed fishing and camping. After he retired, Henry and Norma traveled extensively in their motor home. Henry also enjoyed making wood crafts, which he would sell at various craft shows and fairs.

Henry was a member of First Southern Baptist Church. He was also a long-time member of the Lions Club.

Henry was preceded in death by his parents; a son, Randall Hebel, Sr.; and a brother, Howard Hebel.

Henry and his wife were adorable. I was a caregiver for them when he moved to the Vet's home. Prayers for all the family. My heart aches for you

So sorry for your loss Norma. Henry was always such a funny man and fun to be around. He will be missed greatly.

The services for Henry have not yet been added. Please sign up below to be notified when the services are ready.

The attached photos are added to the memorial of Henry Hebel to help share their legacy.

Please help memorize Henry Hebel by recording your attendance below.

Thank you for sharing your memory of Henry