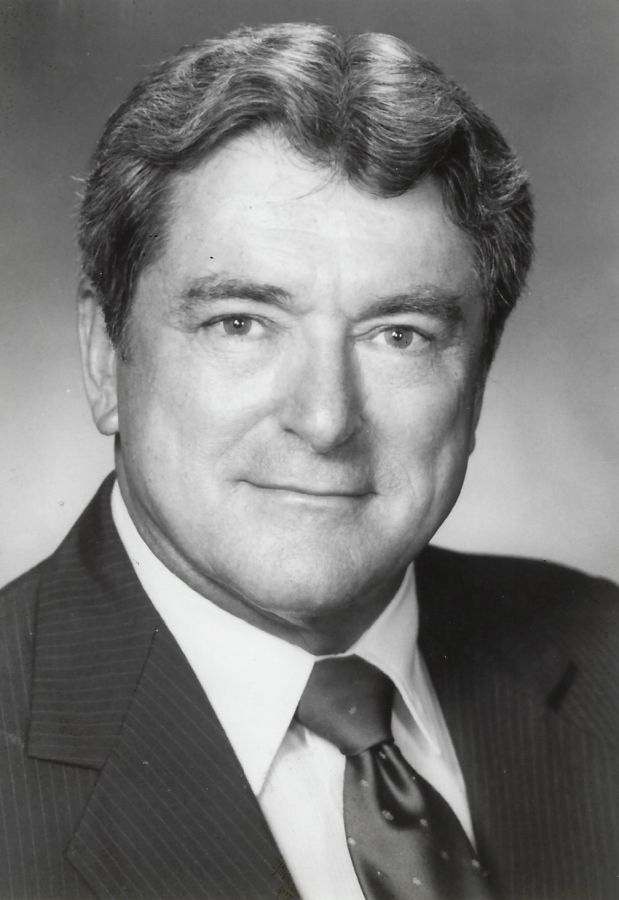 Hut was born on June 15, 1925, in Marshfield, Wisconsin, to Leo Andrew Hutter and Eva Mary Fleming Hutter. Hut introduced himself as "the son of a cheesemaker" and was proud of his dairy heritage and enjoyed cheese right up until his last days.

Before he had turned five, his parents and older siblings, Lorraine and Wally, moved to Illinois and ultimately settled in Barry, where Leo opened a cheese factory. The work ethics of the Midwest took hold in Hut, and as a boy, he mowed lawns to start his savings. Throughout his school years, he participated in track, baseball and basketball, and excelled in math.

He was blessed with a life-changing experience as a young boy when he was invited to join his uncle by marriage, Alfonse "Tommy" Thomas (husband of Hut's aunt, Alice Fleming Thomas) and a pitcher for the St. Louis Browns, to join an extended ball team trip to the East. Hut unfailingly gave thanks to Aunt Alice and Uncle Tommy for that trip which exposed the small-town boy to the nation's big cities and sites.

At 17 years of age, Hut enlisted in the Navy Air Corps to serve his country in World War II. After graduation from Barry High School, Hut began his freshman year at the University of Illinois, and shortly thereafter entered the United States Merchant Marines and trained in Florida, Williams College (Mass) and at the Merchant Marine Academy at King's Point, NY., before his assignment. As a member of the Merchant Marines, he served on cargo ships supporting the war effort in Europe, Africa and Asia from 1943 to 1946.

After the Allied Forces' victory, he returned to Illinois and joined the Hygrade Food Corporation where he rose from a local to a regional role. On Sept. 1, 1946, he wed his high school sweetheart, Pittsfield native Wanda Lee Zimmerman, and they established their home in Quincy.

Hut's greatest joys came in supporting others and encouraging Quincy's entrepreneurs and citizens in giving back. He was in his 80s when he encouraged the Breakfast Optimist Club to bring back the Soap Box Derby to Quincy. Today, the Quincy Soap Derby is thriving and vibrant thanks to the devotion of the Breakfast Optimist Club members and the many businesses that support this annual event for children. Hut was especially invested in the "Buddy Derby" which created a competition opportunity for children with special needs.

Hut is survived by his wife of 73 years, Wanda Lee Zimmerman Hutter; son Jeffrey Hutter and his wife, Angela, of Indianapolis; daughter Lindalyn Hutter of Alexandria, Virginia; grandson Jared Kenneth Hutter and his wife, Kristen, of Alexandria, Virginia; granddaughters Lori Elkins and husband, Todd, and Whitney Lawrence and husband, Brennen; great grandchildren Evan Elkins, Griffin Elkins, Anna Lawrence and William Lawrence; and many nieces and nephews and great nieces and nephews. Through Jeffrey's marriage to Angela, his family expanded to include four more grandchildren and five great grandchildren, all of Indiana.

Hut was preceded in death by his parents; his son, Eugene Kenneth "Ken" Hutter, Jr., his sister Lorraine Hutter Kilhoffer and brother Wallace Leo Hutter and many in-laws and treasured friends.

Memorials may be made to Church of St. Peter Boy Scout Troop and the Youth Projects of the Quincy Breakfast Optimist Club.

6 people have supported the family by purchasing them flowers or gifts from the Healing Registry.

Wanda - I hope you get this message. I had no idea about Gene and would have visited him if I had known. I would have absolutely been at the visitation and funeral. I just found out today. I am so sorry. My wife and I loved Gene very much. He was one of a kind and I thought he would live forever. He was indeed a GREAT MAN who deserves the rest in heaven he has earned many times over. I will miss him and his phone calls very very much.
Rollie & Bernie Marr

Gene was another of Quincy's "Gems" who will be missed... While a young person in QU's Mart Heinen Club, I got to work with Gene on the "Continental Brunch" and other community projects over the years. I always looked up to him as a dynamic energy in the Quincy business scene, a community treasure and a friend. RIP Geno.

Dear Wanda, Jeff, Lyndalynn and families,
We honor the amazing life that Gene experienced. He was a leader in all that he did.
We were happy to see Gene and Wanda several times in Arizona and to work with him on athletic events and with Wanda on school activities.
We send our condolences, best wishes and God’s Blessings as we remember a good man.

Gene we have been friends before you knew me well enough to ask while I was asleep in my room at the Sheraton in Chicago to see if I had two beds in my room. You needed one. Being a good Phi brother we shared the room. Right now I am the Mcreynolds center at Good Sam for rehab from 3 falls in less than week. I would like to have some more Saturday noon lunches at QCC. See you heaven. Ted

Hut and I had a lot of great times at the petroleum marketers conventions and at the lake of the ozarks. We stayed at his condo and he provided boat rides. He was quite the host. Sorry I will not be able to be at the funeral as I have another funeral in town of another good friend. Wanda, my thoughts and prayers are certainly with you and your family. Jack Blanton

Mr Hutter was a pleasure to care for at Curtis Creek. He will be missed. He left a lasting impression on me, i would have loved to hear his stories.

I have wonderful memories of Gene - particularly just sitting around my parents house the morning after my wedding (and the day of my Grandmother's, Alvera Damhorst, 95th bday) and talking. Gene had the BEST stories! Sending all my love to you, Wanda.

Gene was a classmate of my mom, Bonnie Wendorff Gully, both graduates of Barry High School in 1942. He was also a life-long friend of my Dad, Jody Gully. My Dad has told many stories of them growing up and swimming in Spring Lake. I last talked to Gene this summer when he called to inquire about the health of my Dad who is a resident in the Barry Community Care Center. We had a nice conversation. He was a great friend to my Dad and our family is sending out sincere sympathy. Cindy Gully Hechler

I went to work for Gene at the Hygrade Quincy plant in 1959 and at the Hannibal plant in 1960. After I returned from USAF duty in 1966, a group of former Hygrade folks started having dinner together every couple of months. The last few years the group was down to Hut and me.

My sincere condolences to Wanda and her family.

So sorry for your loss Wanda and family. Gene was a great guy and some of my earliest memories are of the Hutter family.

What an amazing man and what a great loss. Few people can make you feel welcomed from the very first moment you meet them, but Gene had that gift. Regardless of what we did together - be it shooting a video on his WWII experiences, to his Honor Flight experience back in September 2012, to playing golf with him, his energy, passion and class showed thru. My deepest thoughts go to Wanda and his family. Rest in Peace my friend.

So sorry to hear of Gene's passing. He was a complete gentleman and will be sadly missed. Rest in peace, Geno!

Gene and Wanda have been great friends tour family and he will be missed.

My parent wintered in Tempe,az.every year, and my dad had a stroke and was staying at Mayo Clinic rehab in Scottsdale rehabing. One day as the story goes...gene had followed his dr. From Mayo Clinic in minn. to Scottsdale to do his other hip replacement. One day he was in his room And Wanda was with him he said..by god I hear a voice that sounds like John Norris! He said I’d know that voice anywhere! Wanda said no, they already went back to il. Gene insisted and had her wheel him out in the hall....and there he was..when gene would tell the story he added a few choice words..well what a great reunion for both of them. They ate their meals together, encouraged each other and freed my mom and Wanda to let them go shopping and out to lunch..he was quite a man, such charisma...my thoughts and prayers are with your family...

The attached photos are added to the memorial of Gene Hutter to help share their legacy.

Please help memorize Gene Hutter by recording your attendance below.

Thank you for sharing your memory of Gene