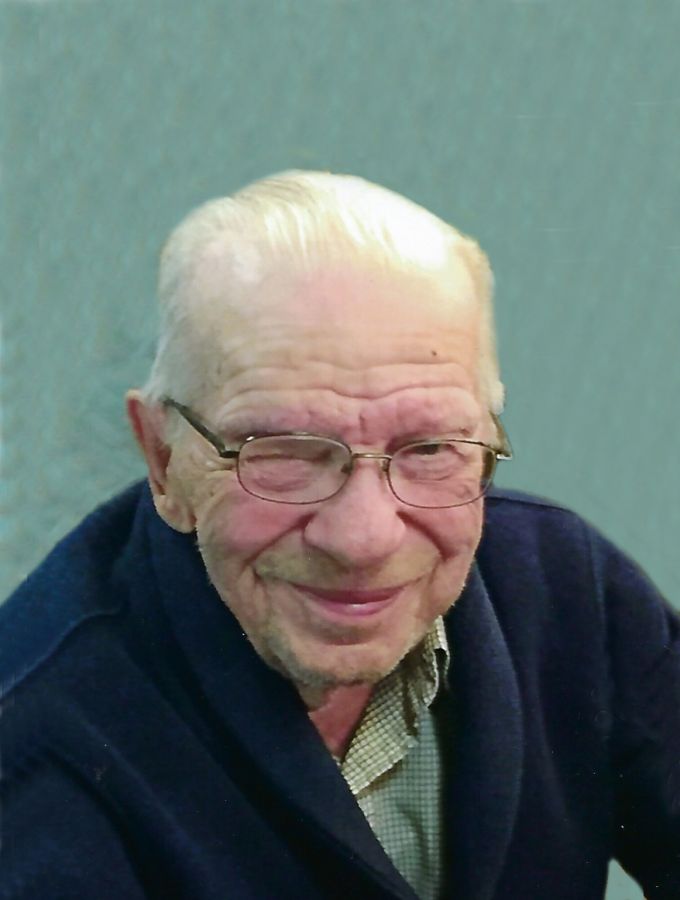 Aldo proudly served in the United States Army, having been stationed in India during WWII. He will always be remembered for his patriotism and dedication to this great country. While in the Army, he taught himself to play the harmonica and continued to play throughout his life. In 2012 he had the honor of visiting the Veteran's Memorials in Washington D.C. as part of the Great River Honor Flight. In his younger years he farmed in the LaGrange area. Later he worked at Gardner Denver in Quincy. He was a member of Zion Lutheran Church in Palmyra. He enjoyed playing horseshoes,gardening, and spending time with family. He was also an avid St. Louis Cardinals fan for over 50 years. In his later years he enjoyed walking to keep fit and loved talking to those he met along the way. While living at Adams Pointehe was always involved with the many activities there and could often be found sitting on the front porch, greeting those coming and going. The family would like to express special thanks to the staff, residents, and to Aldo's many friends, at Adams Pointe Senior Living.

Survivors include: two daughters, Dorothy A. "Dottie" (Robert) Huseman of Quincy, and Susan K. "Susie" (Jim) Hynes of Oracle, AZ; two grandchildren, Jayne (Daniel) Fry and Ryan Huseman, both of Quincy; and many nieces and nephews.

In addition to his wife, Aldo was preceded in death by: his parents; and four brothers, Elmer, Paul, Victor, and Fred Torbeck.

2 people have supported the family by purchasing them flowers or gifts from the Healing Registry.

Sending our love and prayers to Aldo's beautiful family. May you find comfort in remembering his life among you.

I have not seen Mr. Aldo-Torbeck in the last few years. My family only makes it back from Louisiana once a year and it was always very nice to see him come see me up the street when he saw me pull in to town! We had many talks about the military, and always complimented me on how proud of me he was. I will miss him and our visits. He was a great man.

I have always had wonderful memories of Aldo and his family. We used to do a lot of fun things as families as I was growing up. He was always quick to tell everyone that he used to bounce me on his knee. He was a gentleman that started his day as a Christian and as a patriot. Of course I will miss is singing voice that he lovingly shared. He was looking forward to making it to 100, which he almost did. It's not goodbye, but see you later.

I will always remember Aldo. He was a patriarch of Zion Lutheran Church and somewhat our neighbor while growing up. He always sat in front of us at church and I will always remember his booming singing voice and his kind demeanor. Aldo was a member of the Greatest Generation and he will be forever missed by many.

What a wonderful and interesting man. I had the pleasure of living next-door to him for eight years. He was a great example for me and my family! From raising the flag in the morning, staying busy doing something productive, or sharing his wealth of knowledge and stories. We have missed him and, unfortunately, will have to continue to do so.
Drew Maddox

sorry to hear about "Uncle Aldo", I saw him sitting outside of Adams Point about 3 wks ago. Jim and Jewel Rinne (Roger Roberts sister and brother-in-law)

Our thoughts and prayers are with you. Cherish the memories.

The attached photos are added to the memorial of Aldo Theodore Torbeck to help share their legacy.

Thank you for sharing your memory of Aldo