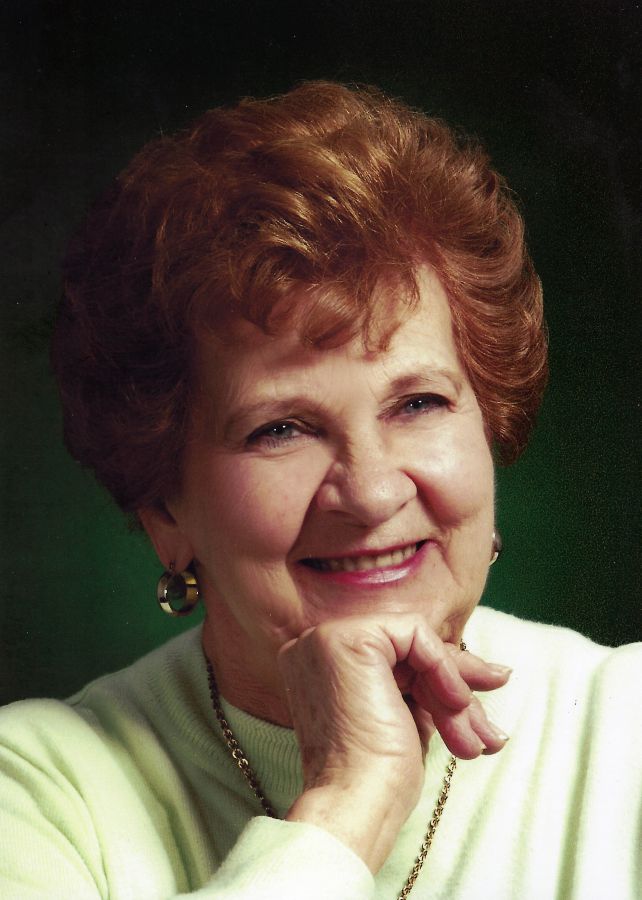 Norma was born July 17, 1932 in Quincy, Illinois, a daughter of Frank Adolph and Elsie Caroline Luecken Olps. She married Charles Heinze on December 30, 1950 in St. Mary's Catholic Church in Quincy, Illinois. He preceded her in death on May 16, 2001.

Norma was a 1950 graduate of Quincy Notre Dame High School. She worked as a telephone operator in Quincy and later in Brooklyn, New York. She also worked as a waitress in various restaurants and as a sales associate at J.C. Penney. Norma was a member of the Church of St. Peter and of the Knights of Columbus Auxiliary.

Norma was a dedicated wife, mother and grandmother. She was immensely proud of her family, leaving behind many treasured memories. She provided guidance and supported her children in all of their pursuits. She would not miss any of their activities ranging from the color guard, theater performances, and sporting events. She loved a full house, her door was always open as she welcomed her children's friends. She adored her grandchildren and loved doing crafts and cooking with them.

Norma had endless energy and probably coined the term multi-tasker. She literally could not sit still, accomplishing more in an hour than most people could in a day.

Norma was an accomplished seamstress. She sewed many of her daughters' clothes including prom dresses, bridesmaids' dresses and numerous dance costumes for Heinze Dance Academy. Norma was also a quilter, a skill she learned from her mother. She worked tirelessly to ensure each of her children and grandchildren received a quilt made lovingly by her.

Norma loved cooking for her family, her culinary skills were extraordinary. When she made hot tamales and homemade noodles, people would place orders. The family looked forward to Christmas every year when she made candies, at least 20 different types. Everyone had their favorites, but the top contenders had to be her turtles and fudge. Her pies were legendary, her crusts fabulous! A favorite would be hard to choose . . . Her custard pie? Her strawberry rhubarb? Her peach?

Norma enjoyed playing cards. Her favorites included Liverpool Rum and Hearts. Every family gathering included lots of fun and laughter as numerous card and board games were played. To ensure she always had a card playing companion, Norma started teaching her grandchildren games as soon as they were able to sit at the table.

Norma was very active at the K of C Barbeque. She and her husband, Chuck, were well known for their onion ring stand which they started.

Her Catholic faith was the cornerstone of her life. Her family takes comfort knowing that she is now in the presence of our Lord.

In addition to her husband, Norma was preceded in death by her parents, and three brothers, Frank Olps Jr., Richard Olps and Harold Olps.

3 people have supported the family by purchasing them flowers or gifts from the Healing Registry.

To Karen and entire family we are so sorry for the loss of your mom. Know that Jeff and I are praying for you all to help you get through this difficult time.

I would like to extend my sincerest condolences to the Heinze family during this most difficult time of coping with the loss of your loved one. Our Heavenly Father knows how this pain is affecting you physically, mentally and emotionally. Jesus' death and resurrection is a guarantee that we will see our loved ones again. " Jesus said to here: I am the resurrection and the life. The one who exercises faith in me, even though he dies, will come to life" John 11:25. Until then may you continue to be comforted and strengthened by Jehovah, family and friends.

What a great lady your Mom and Grandma was! She will be missed here on earth but is smiling with your Dad/Grandpa and Jesus. Peace to you all.

The attached photos are added to the memorial of Norma Jean Heinze to help share their legacy.

Thank you for sharing your memory of Norma